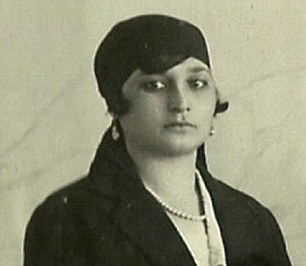 I learned about Naziq al-Abid on the Bitchery of History podcast a little while ago and I cannot believe that I had never heard of this incredible woman, who was known as the Sword of Damascus and the Syrian Joan of Arc, before now.

An activist for national independence and women’s rights, she was the first woman to earn rank in the Syrian Arab Army and she played an important role in forming the Syrian Red Star (similar to the Red Cross).

Born in 1898 into an influential aristocratic family with close ties to the government, she spent her childhood in Syria, Turkey and Egypt and spoke five languages. As a student in Mosul, she organised a protest against the unfair treatment of Arab students at the hands of Turkish teachers, which resulted in her being exiled from the country while still a child.

Back in Syria, she formed the country’s first women’s rights organisation while still a teenager. The club fought for women’s suffrage as well as Syria’s independence from the Ottoman Empire. She was described by her third cousin as “very liberal with a strong character. She was a true rebel.” Exiled again, this time to Cairo, she returned to Damascus upon the fall of the Ottoman Empire in 1918. Continuing her campaign for women’s suffrage, her motion was finally debated. Perhaps if it hadn’t been for the interference of the French, who thought they could do a better job ruling the country, Syria may well have enfranchised women before the US!

Syria, with 1,500 troops, went to war with France, who had 9,000. Among those 1,500 was Naziq al-Abid. Discarding her veil and a rifle slung over her shoulder, she went to war against France but unfortunately they won and she was exiled yet again. She returned to Syria a year later in 1922 and founded the Light of Damascus organisation for women, a school and the Syrian Red Star. She was instructed to abandon all political activity so instead, she empowered other women to continue her work while remaining active behind closed doors. Mounting pressure from the French forced her to flee to Lebanon but she of course eventually returned.

At the age of 35, the founded Niqâbat al-Mar’a al-‘Amila (The Working Women’s Society), which campaigned for women’s workings rights and believed that economic liberation was a means to political liberation.

How might a fixed and growth mindset show up in you and your child? Are any of these familiar?
I left teaching for so many reasons but the children were not one of them.
I love using this analogy with kids to help them begin to understand their fear responses when faced with a challenge. When children are equipped with knowledge about their feelings as well as how their brains work, it empowers them and builds confidence and resilience. Thank you @drdansiegel and @tinapaynebryson for breaking it down and explaining it in a way that even I understood!
So what is growth mindset? I had trouble cutting this down to 90 seconds and could probably talk for hours about the positive impact this approach has had on every child I have ever taught. Alongside intersectionality and trauma-informed teaching, growth mindset is one of the cornerstones of my practice. Were you taught you have a growth mindset at school? And if not, what difference do you think it would have made to your experience if you had?
Changing our language when we speak to children about learning is one of the first steps to everyone changing their mindset (especially the grown-ups!) What else would you add?
Now that I have left the classroom, there are LOTS of ways to work with me! Utilising my 9 years of rights-respecting, inclusive teaching practice, this is the year I get to do what I truly love: supporting children and their grown-ups in learning, growing and finding their voices!